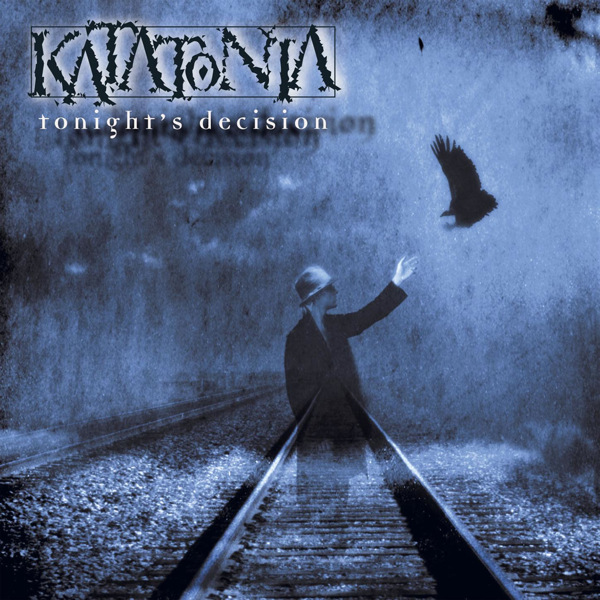 Katatonia (not to be confused with Welsh band Catatonia) have been producing miserable and gloomy music for over two decades now, and have only secured and matured their sound with each successive album. Their music could best be described as atmospheric doom metal; metal it is, but there are so many acoustic and quiet sections that it’s hard to define them as “doom” metal, which usually features death growls (of which there are none).

Actually, not quite. Katatonia did start out as a straight up metal band, death growls and all, with their debut release Dance of December Souls introducing their bleak and melancholy sound, but with much heavier guitars and growled vocals. This was followed by Brave Murder Day, on which the absolutely fantastic Mikael Åkerfeldt gave it his all with his trademark death vocals.

And then, it all changed. Åkerfeldt, with his full-time commitment to his band Opeth (about whom I’ve written previously), left, and they were left with Jonas Renske, who was really only a singer, not a growler. And so they released Discouraged Ones, which cemented their style as a clean-sung doom metal band. With tracks such as I Break, they defined a sound of moody, atmospheric and gloomy harmonies, and even the heavy guitars seemed softer, and less intrusive. (The heaviness actually returns later, but at that time they were becoming ever softer).

And then came Tonight’s Decision. Essentially a kind of concept album without a story (only misery and a tirade against an unknown person who seems to have torn Renske’s heart out), it begins with the mesmerizing off-ryhthm guitars of For My Demons, which give way to the heaviness and Renske’s mournful singing:

You would never sleep at night

If you knew what I’ve been through

And this thought is all I have

To trust upon when life is gone

From here the album winds seamlessly on, a musical journey through slow misery, both heavy and quiet. The gorgeous This Punishment and A Darkness Coming are some of their finest acoustic tracks, heart-rending and beautiful.

Katatonia went on to release Viva Emptiness, which saw a return to the harder and faster style of their roots, maintaining a relatively heavy sound throughout. With The Great Cold Distance came a change in sound, with songs ranging from extremely heavy to very quiet within the space of a few seconds. Bass-heavy and dominating, this sound persisted on Night Is the New Day, though the album was significantly slower in style than The Great Cold Distance and Viva Emptiness.

Their most recent release, Dead End Kings, continues this musical journey, and I can’t wait to see where they go from here. For me though, Tonight’s Decision represents the turning point in their career, where their gloom and doom was really solidified.