After a tumultuous week (much of the tumult, admittedly, being my fault), we thought it would nice to treat ourselves to something a little special, a little different, and a little fun.

We went to the aquarium!

It turns out there are quite a few near where we live, but the best one – the biggest one – was almost a two-hour drive away. Still, we were committed, and we were going. Even though we didn’t leave until 1:00 PM. Oops.

Naturally, we got lost going there; our sat-nav, who our son named Miss Directions, seems to get quite the kick in sending us completely the wrong way, each and every time (not to mention a fanatic devotion to passing through Paterson – regardless of where we’re going!).

We braved traffic, detours, seedy downtown slums and frighteningly large bridges, and finally we had arrived (don’t even ask about the drive back). I will admit, I was at this point probably just as excited as our son – especially since I had refused to tell him where we were going until we got there!

Megalodon…one of those teeth is the size of my hand.

And oh – what a marvel it was! They had every fish under the sun, and then some – there were paddling pools, fish you could touch, ancient fossils…but their true exhibit, the thing that made this place one of awe: sharks!

From the outset, it was clear that this place was about one thing, and one thing only. Oh, they had much more – don’t worry – but the sharks were simply stunning. A wall of glass, twenty feet high, was all that stood between you and them. Hammerheads, stingrays, manta rays…these fierce and serene creatures of the deep prowled, and I had the unmistakable impression that they knew, too, the frailty of the divide between human and beast…

Oh, he knew we were there…

One of the truly magical events was the chance to see – and feel – stingrays. It was a tempting and dangerous thing, and these creatures were so beautiful. Their skin, their tight scales, slide like silk under your fingers, but beneath the soft exterior is a core of strength, hard bone and muscle. Even the smallest of these beasts is a predator, and you can feel it.

Who knew seals could do this?

Outside, for there was an outside, were penguins. Imagine that! It turns out that out of the seventeen known species of penguin, only two actually live in arctic climates! This, naturally, leads to the question: what’s wrong with them? But another special treat awaited us out there, and it was a precious reminder of our departed feline family member, for he was all but cat in nature: a seal! Look at his hands and feet – those fingers are still there, and he even has little claws. This is no passive creature – he is a seal of prey!

And oh, there were so many other marvels of the sea to be seen. So many creatures, so many colors…a precious zebra fish in his black and white tuxedo; a stonefish lurking sneakily among the rocks; anemones, resplendent in crimson and magenta, so peaceful and deceptive, seeking prey in their own, silent way. And most beautiful of all…the jellyfish. What an astonishing marvel these are – so ephemeral and frail, yet stunning, and deadly; a reminder of the true alien forms of the deep sea.

…and in all the hues of the dark world.

Gorgeous in the dark and the deep…

When taking the time to observe the strange and wonderful animals that we share the planet with, it becomes impossible not to compare ourselves to these distant relatives, and marvel at the similarity and the separation. It is tempting to humanize their graces – when we see their eyes, we see their soul; when they frolic, we see their spirit – but it is not the case. These creatures, they are of an intelligence far, far removed from our own. They are as alien as imaginations from another world. Yet…they are an intelligence I would seek to know more of. For many, many minutes, I sat in silence, and watched this fellow; I cannot help wondering – what did he think of me?

He sees me…what does he think?

And so it was a most wondrous, beautiful and awe-inspiring day. It is not often we are granted the chance to come face-to-face with some of our planet’s most extraordinary creatures, and they should be cherished – folly, it is, to think that our lives are in any way more significant than theirs. It is not they who encroach on our habitat; it is not us who have endured over the eons. Thirty million years ago, the sharks were already here; thirty million years hence, I imagine they will still be. Where will we be, I wonder?

Of course, no trip would be complete without the grand finale, and this was no exception. After hours of marveling at the beauty and terror of the deep, including watching giant sharks swim over your very head, we came face-to-face with the most terrifying, vicious, irresistible man-eating monster of them all: 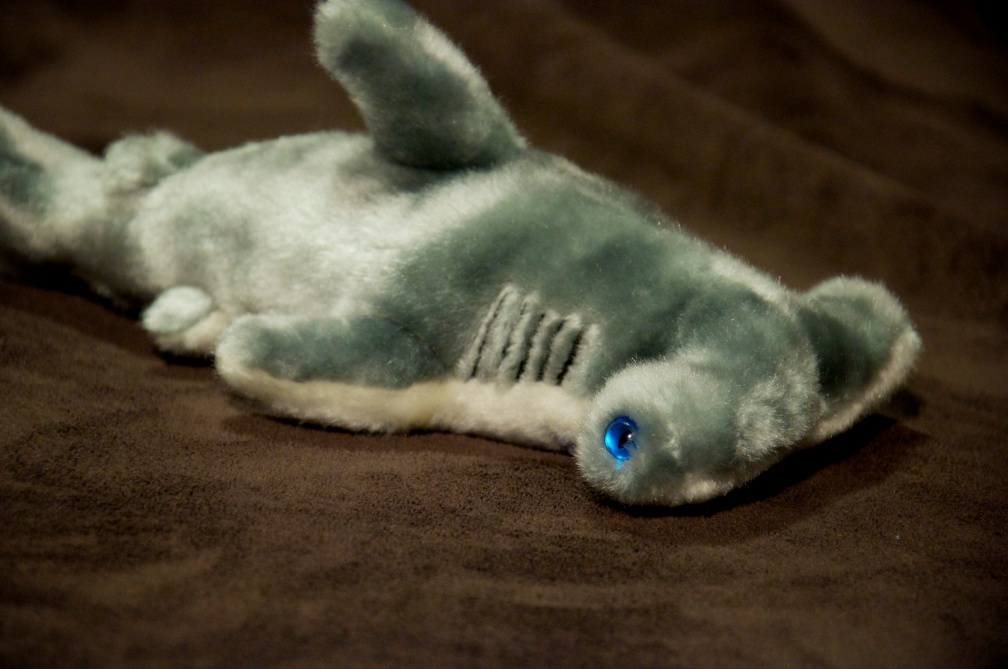 10 thoughts on “Adventures in the (not so) deep sea”