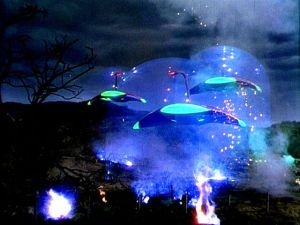 Having recently watched Star Trek Into Darkness (and thoroughly enjoyed it), it nonetheless brought to mind the nature of the universe at large, and how stunningly wrong science fiction gets it all the time. I’m not talking about warp drives and ion engines, but some of the less obvious, background kind of stuff. Lately (actually, for some time, come to think of it) science fiction movies have been bombarding us with spectacular visual effects. The War of the Worlds from 1953 showed us groundbreaking special effects, combining matt painting, models and live action footage. Independence Day marked one of the first mass uses of CGI to create the majority of the movie’s special effects. Green Lantern was essentially computer animation with a face in it.

But in striving to wow us with ever more impressive visual effects, the writers and filmmakers have had to take liberties with the truths of the universe. In Star Trek II: The Wrath of Khan (still of the best Star Trek movies in my opinion), the Enterprise manages to ambush Khan by entering a nebula, whose gaseous particles block all of their sensors. Nebulae, of course, are real. Here’s one: 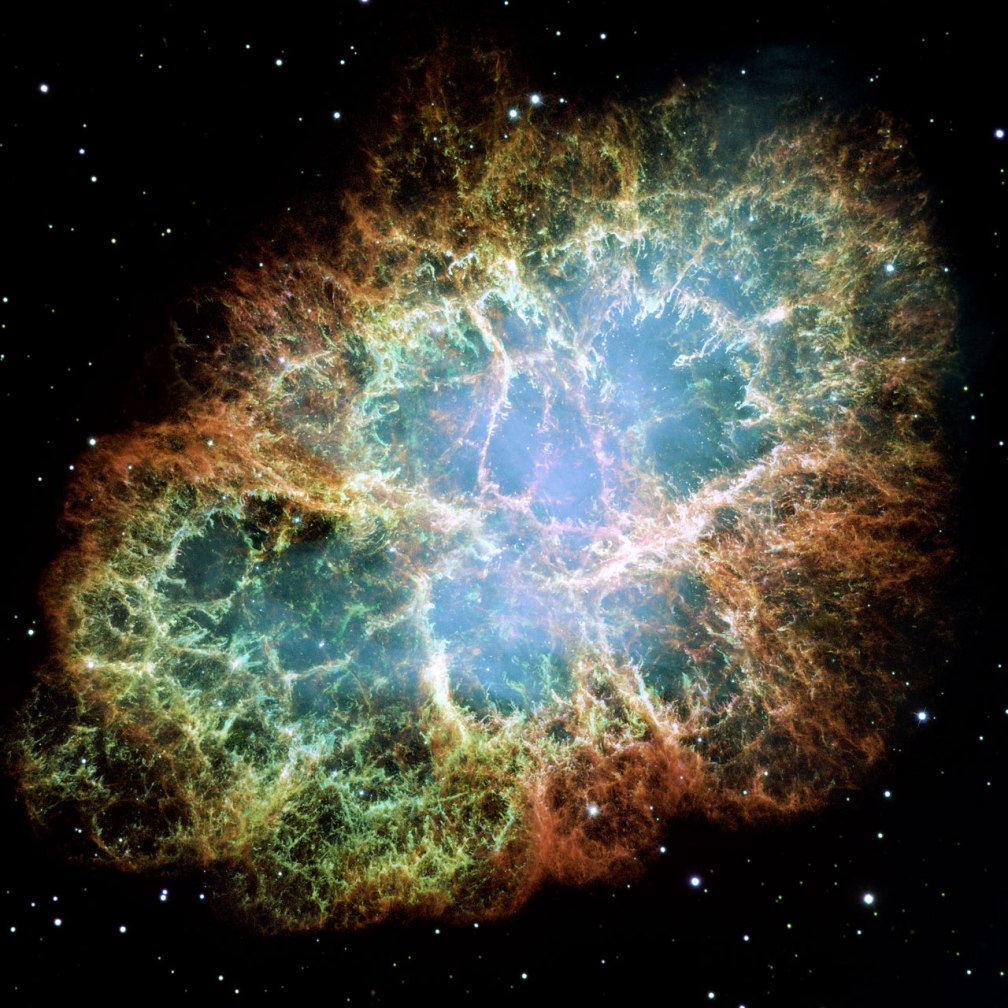 The Mutara Nebula from Star Trek II: The Wrath of Khan

The ships enter the nebula as though it’s a kind of cloud in space. Here’s the problem: the individual particles in a nebula are kind of far apart: about 100 or so in each cubic centimeter (air, by contrast, has around 1,000,000,000,000,000,000 particles per cubic centimeter). A nebula wouldn’t really look like a nebula; it would look sort of…empty. They’re also somewhat large for a spaceship to ‘duck’ into; the Crab Nebula above is about 11 lightyears across.

What strikes me about these images, however, is their visual impressiveness. For all the technical wizardry of ILM and Weta and all the other companies out there, nothing quite compares to the unimaginable marvels of the natural universe. Here’s Saturn: 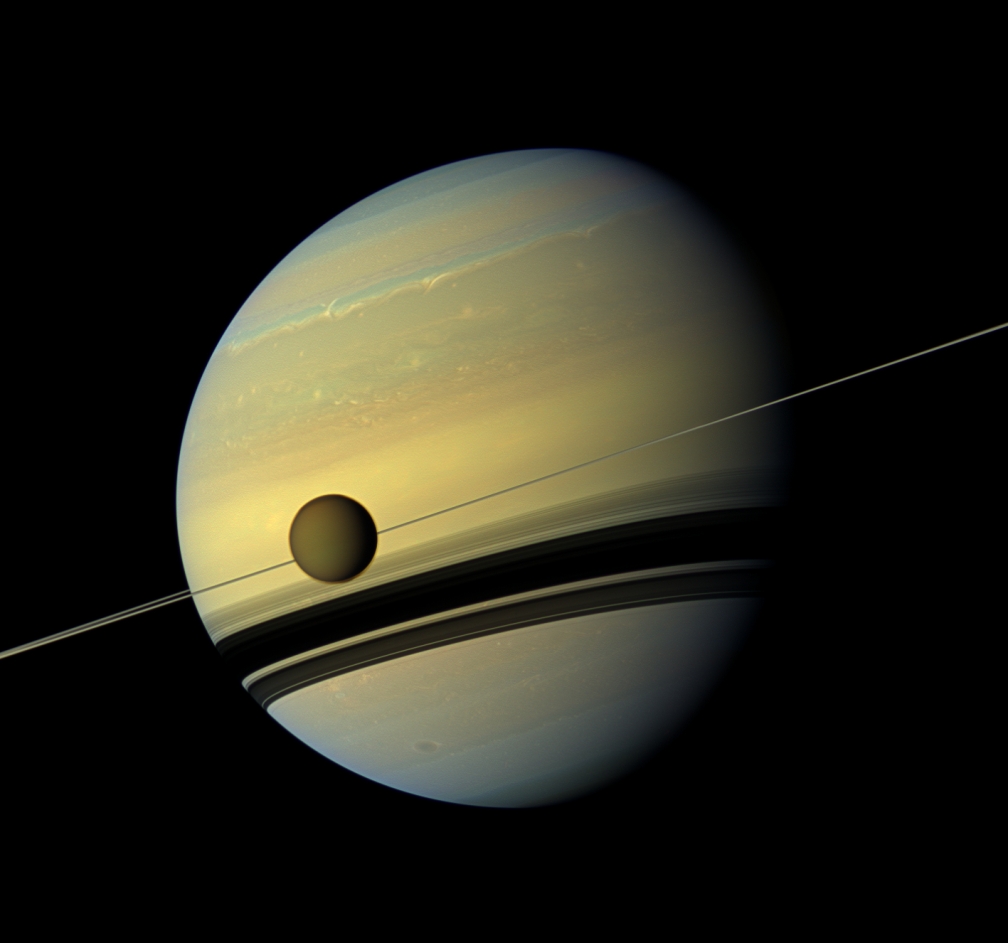 An incredible image of Saturn and its largest moon, Titan.

It is one of the most stunning and awe-inspiring images I’ve ever seen. It almost doesn’t look real, and its reality is therein. Nothing we could imagine or invent could compare. What you’re seeing is hundreds of millions of miles away from us, and thousands of miles from the camera that took the picture. Nothing can even come close to encompassing the incredible scale of these stellar objects.

Here’s a shot of Enceladus, another of Saturn’s moons: 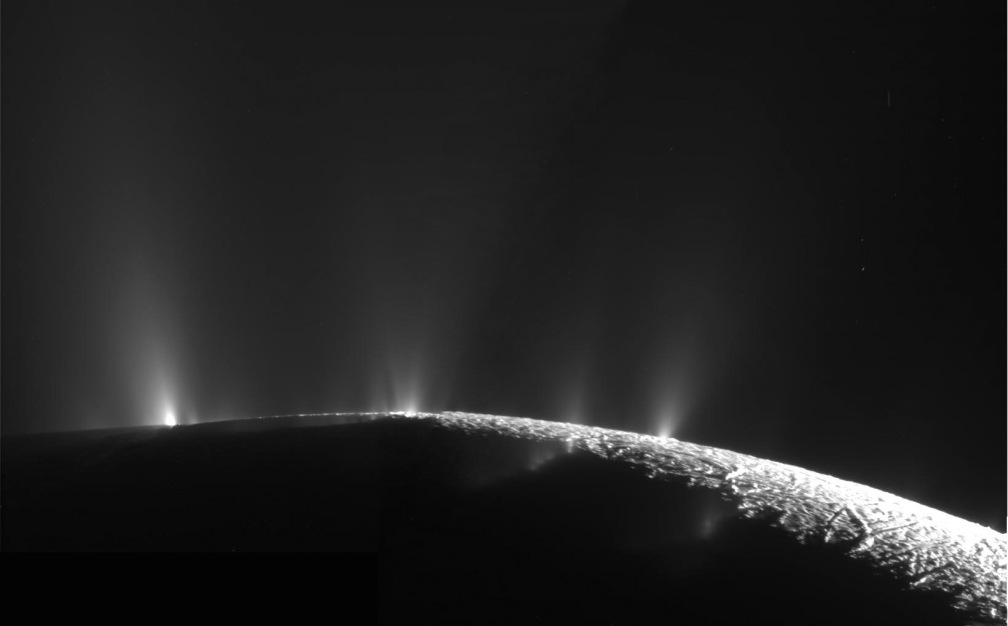 Those small, gassy bursts are actually jets of water (yes, water – on another freaking planet!). Each one is nearly three hundred miles high. There is significant evidence that Enceladus hosts liquid water beneath its surface, which is one of the primary, basic requirements for life. Traces of potential organic matter have also been detected, increasing the possibilities. Wouldn’t it be simply astounding if there was actually life – real life – on another planet in our solar system?

And to finish, here is one of the most spectacular sights you’ll ever see:

The stellar spire inside the Eagle Nebula. I’ve rotated it on its side, but would be seen vertically from Earth.

These are not paintings, or computer graphics; these are real, genuine photographs of the absolutely insane and indescribably beautiful things that fill our universe. Their size is incomprehensible, galaxies that span trillions of miles, stars whose light has travelled for a billion years to reach us, and even evidence of real, genuine plants orbiting other stars. I will continue to enjoy my Star Trek, but I will never be satisfied with their tenuous links to reality, or their inability to even come close to mimicking the wonders of the universe.