Apologies if this is not to everyone’s taste; it pretty much qualifies as extreme black metal. You won’t find it on iTunes, and probably won’t find it on Amazon. It’s utterly bleak, horrifically depressing and extremely explicit metal, and even today it’s not something I can bring myself to listen to very often. However, there was a point in my life when this epitomized everything I was feeling, and allowed me to drown in an empty world of utter loathing and blackness.

Abyssic Hate is (possibly was) a one-man project from Australia, created by someone called Shane Rout. A misanthrope if ever there was one, he once said in interview that he believed “99% of all humans ought to be exterminated”. In the mid ’90s he released a number of demo tapes with such lovely titles as Cleansing of an Ancient Race. Then in 2001 the production values stepped and he released his one and only full-length LP, Suicidal Emotions. There have been no further releases since then, and no further word on Shane or Abyssic Hate since 2005. The website is defunct, and Google searches provide essentially nothing. I suspect it’s very likely that he’s now dead.

My dormant hours are filled with fear, my waking hours I will not face

All will to live has expired

The average song length is around 12 minutes, and the music itself is extremely distorted and droning, changing and evolving throughout each song incredibly slowly. The ending track, Despondency, ends with an atmospheric outro, eerie synthesizers and unsettling clinking, as though of someone despairingly hammering at shackles that will never break.

And with all of this, I really feel like I should explain my attraction to this music. I imagine to most people it would be pretty much unlistenable. To me there is a comfort to the constant droning, an escape into mindlessness and a drowning in the comfort of darkness. It returns me to the days of the worst of my depression, and although I would never wish to return there, there is something soothing about those memories. After a while you become accustomed to the distortion, and there are surprisingly beautiful harmonies and melodies underneath it all. The dreadful and terrifying vocals are guttural and screamed, and essentially unintelligible unless you already know what they say.

I absolutely do not recommend you listen to this, or try to track down a copy of the album – this is one to avoid. 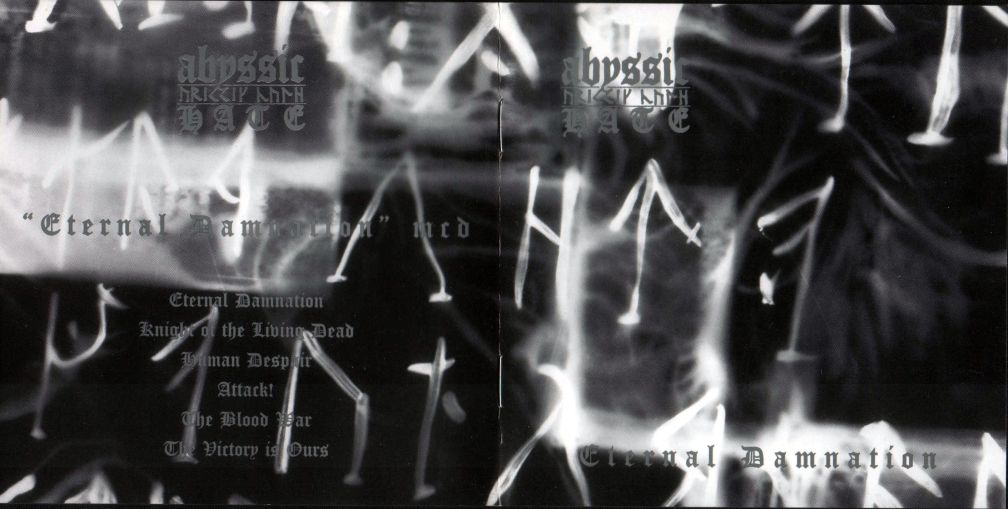