Last week I got to do something very cool, and it was something I’ve never done before. I turned off the internet. 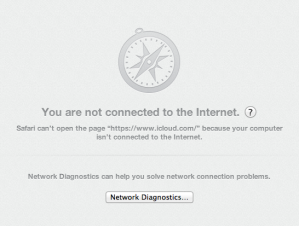 I suppose I can’t really claim that the entirety of the internet went down entirely, although if it had I wouldn’t have noticed, because I experienced a week of digital abstinence. The worst part is, I meant to.

Wow. What an admission that is. Imagine choosing not to receive emails, or text messages, or RSS feeds, or (horror!) WordPress hits. Imagine that, if you wanted to write something down, you had to use an archaic instrument known as a pen. Imagine not knowing whether you had new Facebook friends!

Such a world I lived in for an entire week. To give a bit of context, for most of the time between 12:00 PM one Saturday and 2:00 PM the following Saturday, I was in the middle of the ocean somewhere between Port Canaveral and Nassau in the Bahamas. I didn’t get wet, though, because I was on a boat. The boat was big, and in the end we had to share it with a few other people as well, but the captain was from Sweden and so I didn’t really mind. 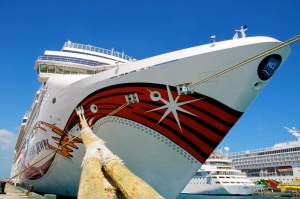 I suppose I can’t actually claim to have shunned all technology entirely; I did bring a digital camera with me, as well as my iPhone (just for recording video, I swear). Between them, I captured 1,200 photos and two hours of video. I don’t want to look at them, because if I do I won’t ever stop. These pixellated memories are so numerous because my plethora of iDevices weren’t dinging and pinging and swishing every few minutes with something I decided was really important to know about. I didn’t receive an email. I didn’t get a text. I didn’t read a tweet, or update a feed. In fact, I ended up with such an awful lot of time on my hands that I had to look at the ocean sometimes, which was nice because there were quite a few sunsets to be had. 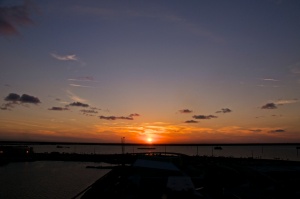 Another thing I had time for was thinking. After all, when you don’t have Wikipedia, you have to come up with your own answers to things. An astronaut told us that the body’s immune system doesn’t work in space, and gosh – we had to dig deep into our own poor wisdom to try to figure out why. My wife and I felt like scientists, trying to answer a question no one knows the answer to.

Above all, I was inevitably forced to spend time with my family. Man alive, the distraction of the internet is certainly a blessing for those who want nothing to do with their loved ones! I’ve been trying to keep a few chapters ahead of where my son and I are in the Redemption of Erâth, just in case one week I don’t write something, but I used them all up because he really, really wanted to know what happened next. At the end of chapter 12, I had to tell him that there actually wasn’t any more yet, and he nearly beat me. As for my wife, I had to share a jacuzzi with her, be sympathetic when she got seasick, eat a dozen chocolate-covered strawberries with her, sing karaoke with her, kiss her, and simply just be with her for seven days straight. Can you imagine?

At first, I was very worried. What was happening at home? What if someone at work really need to get in touch with me, even though I’m not really in charge of anything at all? What if my mom called? What if someone read my blog? What if a groundhog made a nest under the house? What if something really, really unimportant happened somewhere in the world? I wouldn’t be able to answer calls, say thank you to blog likes, take goofy pictures or read all about it on my iPad. I felt lost. But then, an odd thing began to happen. I slowly came to the following realization:

None of it matters.

None of it really mattered.

I feel really happy right now. I don’t think I can live without connection in my working, every day life, but never again will I go on a holiday without turning off, leaving behind or utterly disabling my many devices. It is beyond worth it.