The world of Erâth, whose oceans fall to the unknown at its edges, has been drowned in darkness for such an age that none live who can remember the time of light, of the Ancients. Only one land, Thaeìn, remains undefeated, and even here, the last kingdoms of men are failing; dreams are forgotten, love is lost, and all hope is gone. It is upon these lands of despair that the Duithèn, the race of Darkness, have summoned the might of the creatures of men under their sway to bring war upon the remaining peoples of the East, and so cover all the lands of Erâth in unending night. 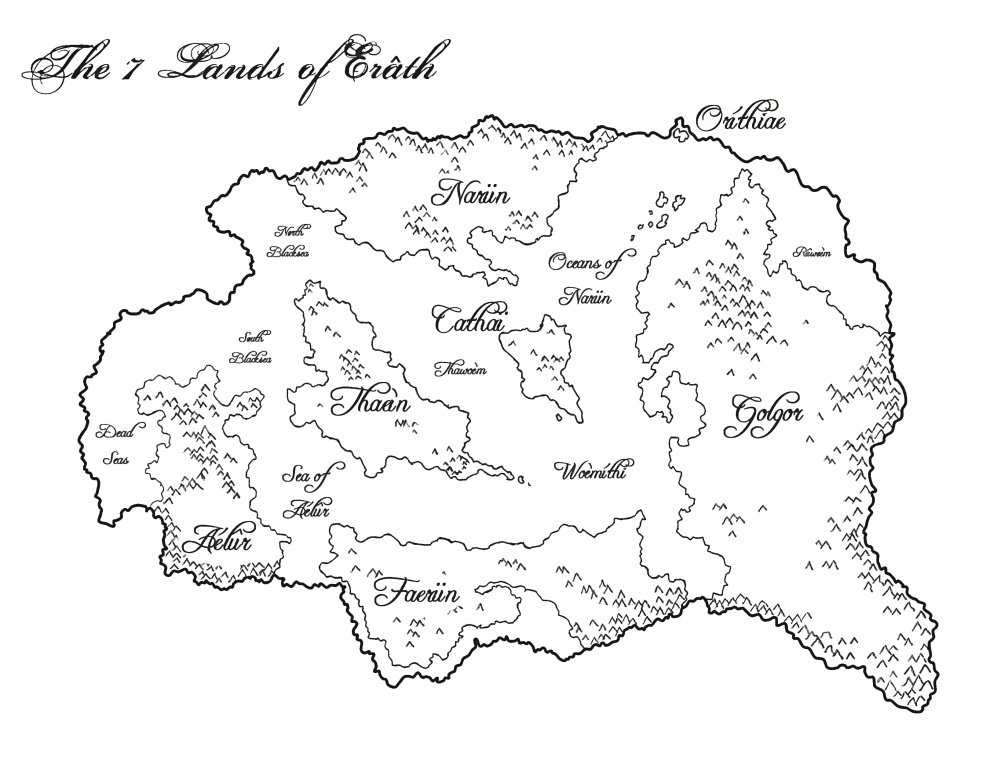 Yet from the long-forgotten land of Consolation, the last, remaining place of light in all the world, will come a young man, exiled by his own kind, lost in the world and unknown to any, yet who might one day rise to lead the peoples of the East to battle – and to victory – against the forces of Darkness.

So begins a tale that will follow the life of Brandyé Dui-Erâth, as he travels the length of the world of Erâth and comes to know the nature of Darkness and Light in the world. It remains to be seen whether he will find the strength to conquer the Duithèn and their Demon Lord, Goroth, and bring to Erâth the redemption it has for so long been waiting for.

However, the truth is it began a lot longer ago than that. It began with Tolkien. And Rowling. And Robert Louis Stevenson. Mostly, it came from reading to my son. Together we have visited so many fantastic, dangerous, beautiful and glorious lands, and taken such adventures, that it felt only right to bring a new world to life, that we might create it and explore it together. Erâth exists because of him, and to that I am forever grateful. I had no idea what an amazing world Erâth was going to be until it began, and I now find it difficult to leave.

I hope you enjoy adventures in Erâth also; you can read them all here.

5 thoughts on “The Redemption of Erâth”