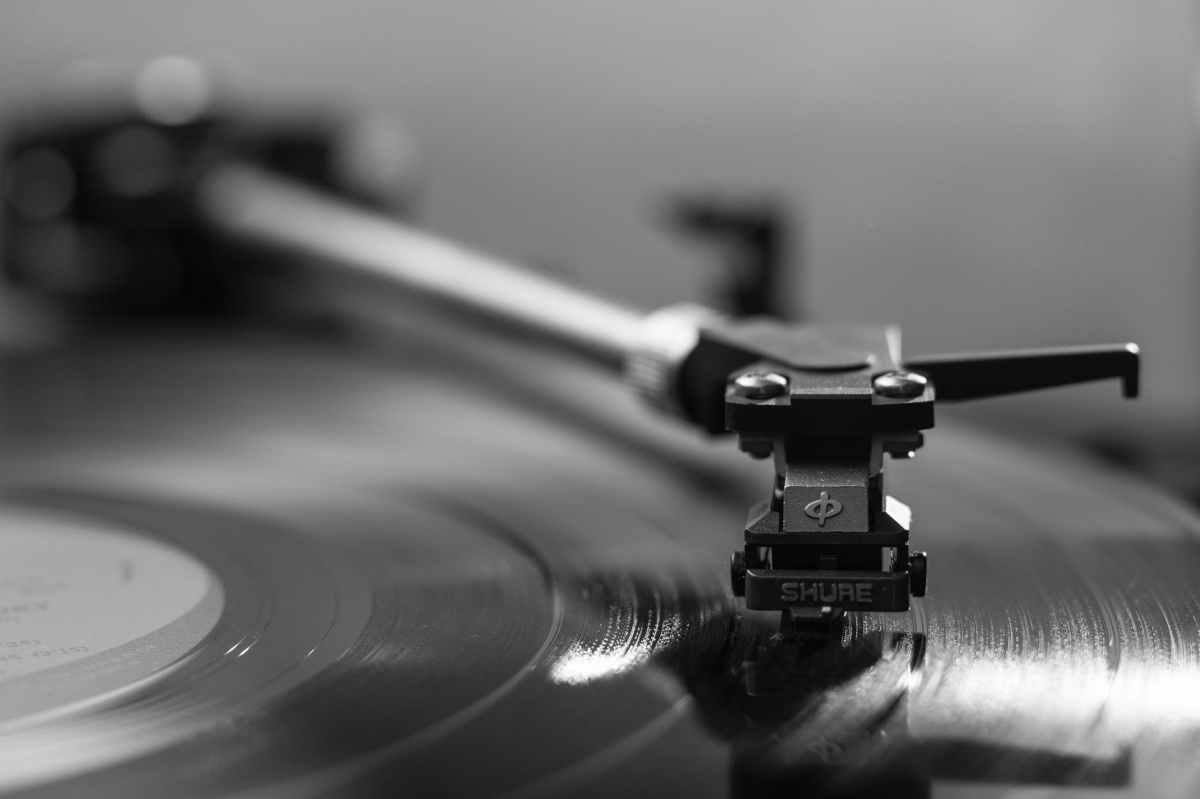 I am absolutely terrible at finding gifts for people. I never really know what they’re going to like, and half the time I end up getting them something they don’t really like, or never end up using. So it was to my great surprise that this year’s big gift to my sixteen-year-old son turned out to be a great gift for the whole family, and one we’ve enjoyed almost daily ever since Christmas Day itself.

My son has, in the past few years, been getting seriously into music, to the extent of teaching himself guitar, writing his own music on the computer, and exploring worlds of sound that are far outside of my own experience – everything from brutal death metal to prog rock and avant-garde jazz. With all this interest in music, I felt it was finally time to get him – and by proxy, myself – into the theoretical best possible sound there is to hear – vinyl records.

So I splurged and ended up getting a decent record player and some serious speakers (within budget and reason), and it’s played at least one record a day ever since we first set it up in the living room (it was originally going to go in the loft). Along with it came Opeth’s In Cauda Venenum, Polygondwanaland by King Gizzard and the Lizard Wizard, and a whole bunch of old records we got second-hand from someone on Facebook.

And I have to say, both myself, my son and my wife believe it sounds better than anything we’ve ever heard – and I have both studio headphones for music production as well as some very nice consumer-grade headphones for general enjoyment. There’s an almost undefinable richness to the sound, a warmth and detail to the signal that just isn’t there in digital recreations – whether it be CDs or digital streaming.

The biggest problem with having a record player – aside from keeping it clean and dust-free – is that there just aren’t enough records to listen to! In these days of on-demand streaming and the commoditization of music, it’s hard to get used to the idea that you may only have a handful of records to listen to – and you’re going to end up listening to them over and over again. Vinyl’s expensive, too – most places sell records for $20-$25 each, which makes building a library a slow, long-term prospect.

Nonetheless, I’m really glad we have the record player now, even if to some it might seem like a step backwards; the pure audio quality of straight analog audio is incredible, and the whole setup itself is just somehow enjoyable. We sit together and listen to music, which is something we don’t even do with TV shows (everyone’s off in their own rooms binging Netflix and Hulu). It’s almost – I hesitate to say – brought us closer as a family, and that’s something I appreciate to no end.

So as listen to Beethoven and Blackwater Park on vinyl, I’ll continue to appreciate music as a beautiful art form, and as a tool for bringing people closer to each other, and enjoy every single moment of it.

Do you have a record player? If so, what are your favorite albums to listen to? Let me know in the comments!