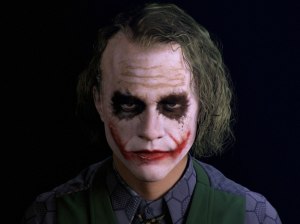 Those of you who’ve been following me for a while might be aware that beneath the surface of joviality and fun is a pretty lonely, disturbed and frankly mad person. I’ve struggled with untold mental illnesses since my teens (literally untold – no one’s told me what’s wrong with me yet). In fact, look out for some poems from those dark periods of my life coming up on here in the near future. I’ve been depressed, miserable, suicidal even…and it’s become so ingrained that it’s now a part of me – defines me, even.

So what on earth am I supposed to do when I don’t actually feel like that at all? For the past couple of weeks I haven’t felt the influence of darkness on me at all. At first it was pretty welcome, but now I’m beginning to get scared – what’s wrong with me? Even worse, what’s happened to what’s wrong with me?

“This is such an unusual feeling that I have no idea how to cope with it.”

I can’t exactly tie it to any one thing in particular; the new drugs I started on recently, some subconscious breakthrough in therapy, the fact that Mrs. Satis hasn’t been yelling at me all the time…who knows. It’s been a remarkable influence on my home life; things just feel good, as though there’s just nothing really wrong in the world. We went for a wonderful walk the other day in a nearby botanical garden, and it was lovely, even though we got there late, were tired, and didn’t even get to see a whole lot of flowers (there were some really incredible flowering trees, though). 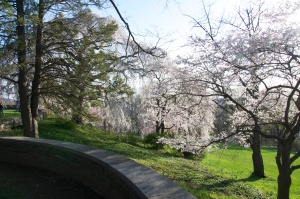 Just of a taste of the blooms at the New Jersey Botanical Gardens.

We went out to breakfast last week, and had a conversation. Wow – a whole conversation, like where we both get to talk and listen to each other!

Things are going well at work, too; new positions are opening up, I’m getting to do a lot of what I enjoy, and the people I work with are fabulous.

This is such an unusual feeling that I have no idea how to cope with it. Even when I get upset, it doesn’t last – I pull out of it almost right away. I want to say that I feel stable, which ironically feels incredibly unstable given that I normally am unstable all of the time. I can’t tell if it’s a good feeling, if it’s normal…I can’t tell if it’s a kind of bipolar high that I’m going to come crashing down from soon.

I think that these are some of the things that are particularly frightening me the most. The downs, the deep, dark black pits of despair that I wallow in for days on end, despite their comfort and familiarity and allure, are terribly damaging to my relationships and those around me, and as much as I crave it I also fear it. On this “high” (for lack of a better word) I feel able to see the effects of the downs more clearly, and I just really don’t want to go back there.

In fact, this sense of pseudo-panic is leaving me so upset and disturbed that I think I might be crashing because of it. Does this even make any sense? I feel like a complete lunatic, or completely doped up. Everything’s so right it’s wrong!

What do you think? Is it possible to become depressed because you’re happy?