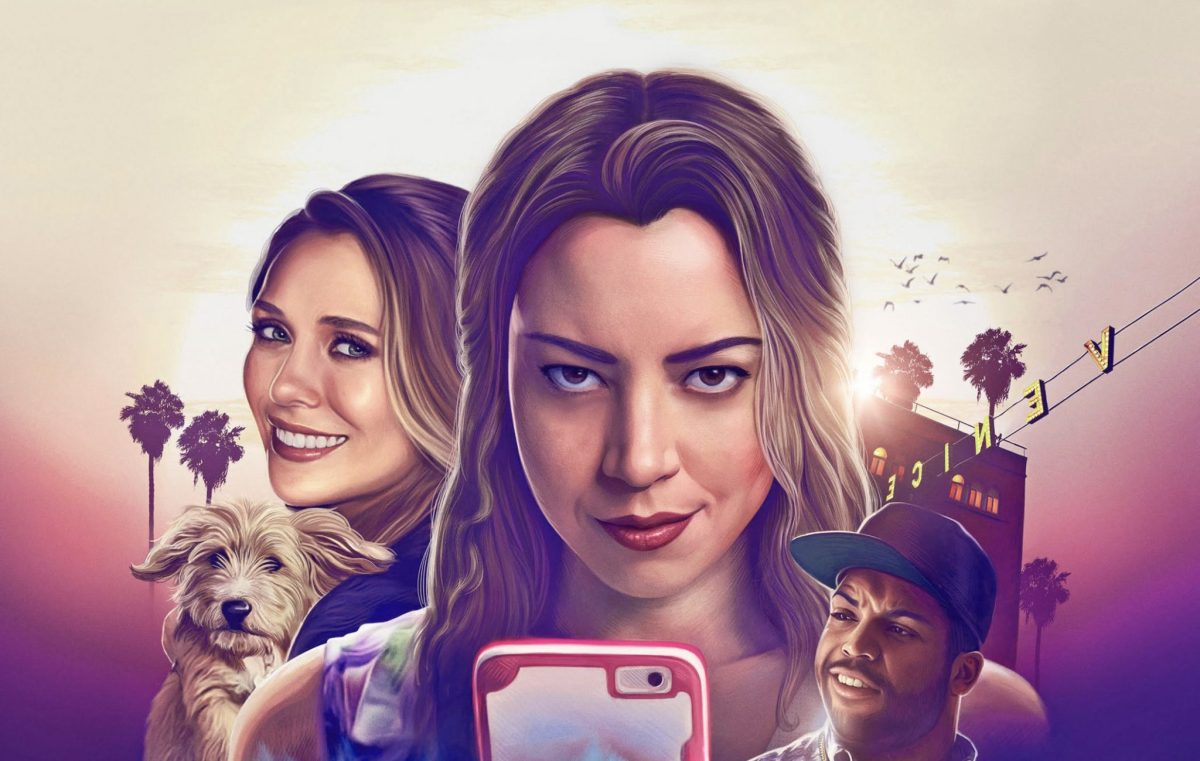 An unhinged social media stalker moves to LA and insinuates herself into the life of an Instagram star.

When I first saw previews for Ingrid Goes West, I was both intrigued and put off; it wasn’t clear what kind of movie it was supposed to be, and whilst I was attracted to the idea of Aubrey Plaza, who I knew from The Little Hours, playing a somewhat deranged stalker, the whole concept of of sunny LA Instagram star-based pop culture references was somewhat disenchanting.

In the end, I’m glad I ended up watching it with Mrs. Satis, because that isn’t really what it’s about. Instead, it’s really about the psychological addition to technology, and the false personas we create when hiding behind the anonymity of online forums.

This is perhaps where things goes spectacularly right – and terribly wrong. Ingrid Goes West‘s biggest asset is also its greatest flaw, and that’s its timeliness. Set in 2017, it really couldn’t be any more 2017 if it tried, and whilst highly topical, it’s immediately dated as well. Ingrid uses an iPhone 6s Plus, which is already three years out of date, and whilst there is an in-story explanation for this, it also points to the film’s era – which will be out of date by the time you read this review.

The acting is, if not Oscar-worthy, perfect for the story and the cast; Plaza’s titular Ingrid is at its best a cringe-inducing, awkward social mess, unable to communicate outside of social media and obsessed – dangerously so – with people who give her even a modicum of attention. Olsen’s Taylor Sloane is, whilst well-played, somewhat more two-dimensional – despite this being exactly the point of the character. The supporting cast are never superfluous, even at their extremes (Billy Magnussen’s character Nicky could ostensibly be autistic, but then becomes simply sinister), but their behaviors border on the unbelievable, especially toward the end.

Speaking of the ending, it left me wanting from a moral message point of view. We watch the downfall of a socially inept twenty-something as she is one-by-one ostracized by everyone she attached herself to, and (spoiler) witness her livestream an attempted suicide. And whilst the story naturally wanted to leave us with some hope, the result is internet fame – by the time she wakes up in hospital she discovers her post as trended, and millions of people are now fans, supporting her and giving her the love and attention she always dreamed of.

To me, this is simply a poor note to end on. The insinuation is that suicide – even as a cry for help – is a justifiable action so long as it gets you what you want. And for Ingrid, it does. I’d have rather seen her saved by her would-be boyfriend but without the infamy of a viral livestream; it would have shown her that there are real people in the world who care for her, without pandering to the idea that our lives only mean something if people watch it.

In the end, though, I was satisfied by the mental anguish and drama portrayed, and the fact that it does at least attempt to show that online infatuation is not the same as real-life love. Ingrid Goes West is certainly no comedy, and at its best serves a role in highlighting the difficulty in blending the real and online worlds we immerse ourselves in daily.