It was absolutely gorgeous this weekend—mid seventies, cloudless skies, and a gentle breeze.

I am in California. 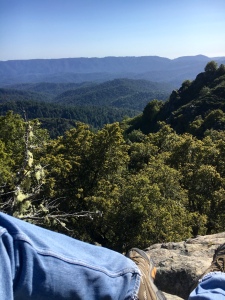 Writing is time-consuming, difficult and exhausting. Even if I don’t sleep in, by the time I get to sit down to type, coffee at my side, it’s nearly ten or eleven in the morning. If I write for several hours, then have a nap, suddenly it feels like most of the day is gone. On Saturday I felt genuinely productive, because I got May’s article done for Girl Who Reads, but Sunday felt a little different: I wrote my stuff. I actually worked on The Redemption of Erâth, writing new content, for the first time in over a year.

And I ought to feel good about that, but I kind of sort of don’t. And the reason I don’t is because I spent all day indoors, watching the sun move across the sky and thinking that I really ought to be out for a walk. 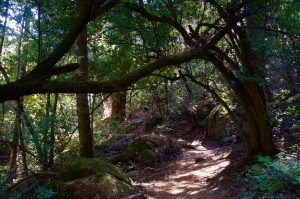 I did manage that on Saturday. Although I didn’t get my ass outside until 3:00 PM, I drove out to Castle Rock National Park, and actually had a great time walking and climbing big rocks. I got back around 7:00 PM, so it was a short day, but it felt wonderful. I wish I’d done something similar on Sunday, but I didn’t.

Coming from a somewhat more variable climate, it feels wrong to waste a beautiful day. Back in New Jersey, the days that are warm but not hot, pollen isn’t everywhere and the humidity is below 95%, are few and far between. It feels unnatural not to take advantage of the outdoors on such a day.

But even if such days are more common on the west coast, I can’t help but feel that I wasted my time writing instead of being outside. The irony, of course, is that had I gone outside I’d feel like I wasted prime writing time. 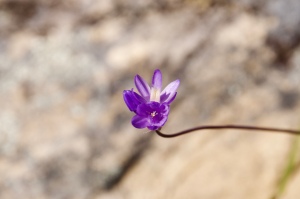 I think the solution is probably to plan my days a little better—go out in the morning and write in the afternoon, or something like that—but I’m a terrible planner. It just feels like there isn’t enough time in the world for everything I want to do. If I could sleep for twelve hours a day, then have another twenty-four for everything else, life would be swell. But the world doesn’t work like that, and every day that goes by is a day I’ll never get back.

So instead, I need to stop worrying about the wasted years, and make the most of the golden time I have before me now.