This is the story of how my life was saved by music, and two kids in high school. If that seems like hyperbole, I’d argue you’ve never known a teenager suffering from clinical depression. There was once a time when I was desperately close to suicide, and this set of twelve songs quite literally stopped me.

Let me rewind a moment. In my childhood, I was happy, well-adjusted and loved. Before piano lessons at age eight, I never paid much attention to music; after, I paid attention only to what I knew, which was purely classical. My father loved Beethoven and Brahms and Bach, and as I came to understand their music, I also came to love it. I never owned an album by Michael Jackson; I never listened to the top charts on the radio. I never listened to what I snobbishly considered ‘inferior’ pop music; I enveloped myself in pianos and violins and orchestras, and loved every moment of it.

Then, when I started high school, I became depressed. Clinically, majorly, self-injuringly depressed. My life fell out from beneath my feet, and I fell into a pit of black despair. I lost my friends; I made new ones. I hung out with the goths and freaks. And through it all, there was nothing in the classical canon that could match my misery. I didn’t realize it—I just knew that my life was empty and hollow.

My family and teachers watched helplessly. My high school music teacher taught me to play bass guitar, but for the school orchestra. This was serendipitous—he may have saved my life, too. When a senior named Chris learned I could play bass, he asked me to join his band. He gave me a tape with three songs on it. Those three songs changed my life.

Something about the guitars and drums and raw vocals spoke to me. I played along to the songs. I listened to the tape endlessly at night, in the dark, candles burning. A deep, primal desire awoke within me. I needed more. Somehow I recognized that here, in rock, was an emotional outlet to match what I felt inside.

That summer, I spent a lot of time with another kid in my grade; his name was Rob. Rob was the epitome of cool. He skated. He knew that vodka wouldn’t freeze in the freezer. He played bass better than I could ever hope to aspire to. And he knew music. Good music. In my voraciousness, I devoured everything he could introduce me to. He taught me the power of simple riffs (Deep Purple); he taught me rage (Spineshank). He taught me to laugh through my misery (Weird Al Yankovic), and he taught me that there were others out there like me. Those people wrote songs about taking drugs and wanting to die, and it was everything I needed to hear. I collected those songs, and I made a mix tape. It was the first of many, and they grew and changed over the years that followed.

The tape itself is long-since lost, but it lives on, as do all my mixes, in my meticulously-curated iTunes library. I still listen to it sometimes, and I remember the days when the sun was black and James Hetfield sang about killing yourself. You see, had I never discovered that it was possible to let your agony pour forth, that there was music for every mood and feeling, I certainly would have killed myself. There is no doubt in my mind about this.

Chris and Rob, you will never know this, but you saved my life. 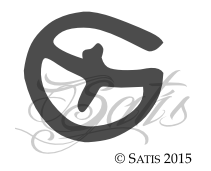