Let me preface this by saying that I am a music snob. I require my music to have depth, meaning and thought. Though my tastes lean heavily towards metal and anything before 1900, I am not closed to other styles of music per se; I simply find that most styles of music are…how to put this tactfully…banal. (Somehow despite this, I find jazz unpalatable. Sorry.) 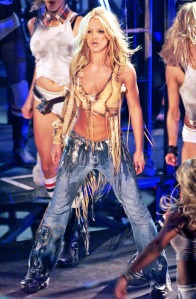 This is why I find myself disliking ‘artists’. I don’t like Britney Spears’ music. I don’t like Justin Timberlake’s music. I’m impartial to Madonna’s. Why? Because their music either isn’t theirs, or is utterly trite. Although their style isn’t aligned with my personal tastes, I do like The Black Eyed Peas; I do like Eminem. I grudgingly like Oasis. I’d like Kelly Clarkson if she stopped writing about breaking up with her boyfriends. Their music comes from a different place; it comes from passion, or from beliefs, but most importantly, from them. Marshall Mathers has written or co-written every one of his songs. The Black Eyed Peas are a self-made band, both performing and writing together. Oasis are…well, Oasis.

So what do I admire? I admire composers. This is probably because I am a composer myself. I see (and know) the sweat and the tears that go into writing a good – good – song, be it vocal, metal, orchestral or anywhere in between. I was raised listening to Bach and Beethoven and Liszt and Tchaikovsky, and the ingenuity these people had – the extraordinary creativity – astounds me to this day. Ultimately this is what drew me to metal, because I see that same drive, passion and compositional talent there as well. Some metal is formulaic, or course, and some of it is banal – as is some of any genre of music. But by and large, there is a great difference in mentality.

Still, in all areas of music there are people who go uncredited, under-appreciated and unseen. In pop, it is usually the original songwriters. In classical music, it’s ironically often the performance artist. In avant-garde experimental music, it’s everybody.

And in rock, metal and any other band-based style, it’s the drummer.

These poor guys and girls are chronically underrepresented and unseen. The bands themselves, of course, would bow down to their drummer (or they should, anyway), and go out of their way to allow the drummer the spotlight on stage (think epic drum solos), but outside of the arena no one seems to care about them.

So to rectify that, here are ten of my favorite, most respected drummers:

Not only is Martín my favorite drummer, he’s from my favorite band, so that kind of makes him a double-favorite. All the members of Opeth are musically talented, but Martín’s knack for seeming to hit more than four pieces of kit at a time boggles my mind. Perhaps he plays with his face. Check him out:

If anyone epitomizes the hardcore drummer, it’s Joey Jordison. He can freaking play drums upside-down in a cage. And he wears a terrifying mask. And his kit is bigger than lower Manhattan. Oh, and he’s in Slipknot. Did I mention that?

First of all, yes – that’s his real name. That right there is enough to make him awesome. The second thing that makes him awesome is that he plays barefoot. Really – watch them live sometime! He’s been the steady tub-thumping time-keeper for Iron Maiden for – count ’em – thirty-one years, and he’s as perfect today (age 60!) as the day he joined Maiden.

We wouldn’t have Iron Maiden without Black Sabbath, and Bill’s role in the distortion-drenched blues of the band’s formative years is undeniable. Listen to him play War Pigs and tell me he isn’t amazing:

I had the opportunity to see Evelyn Glennie in concert once, and it was one of the most profoundly astonishing performances I’ve ever seen. She’s not strictly a drummer, playing instead a vast range of percussion instruments, but her talent is unmatched. Oh, and she’s deaf.

The drummer of any black metal band probably deserves to be up here, but for sheer technical ability there is no substitute for Akercocke. Stylistically they’re about as extreme as black metal gets, yet still willing to push the boundaries of the genre. As for David Gray…see for yourself.

Before Dave Grohl was Dave Grohl, he was the drummer for Nirvana. Kurt Cobain killing himself was arguably the best thing that could have happened to Dave (I might be struck by lightening for that), so it’s a little unfair to call him an ‘unrecognized’ drummer. However…he’s a really nice guy, but I still reckon he’s better behind the kit than in front of it.

Mike Portnoy will probably be remembered as the guy who pissed off the world’s entire prog-rock audience by leaving Dream Theater for, of all things, Avenged Sevenfold. Urgh. Nonetheless, he is a superb drummer, as any footage of any Dream Theater concert anywhere and any time will demonstrate (is that three kick drums I see?):

Okay, so Doktor Avalanche isn’t a drummer, but for someone who doesn’t play drums, he plays drums pretty well. He’s very precise – almost like a machine. A machine…that plays drums. What an invention – if only it’d been around in the 80s!

It’s not likely you’ve heard of this drummer; it’s not likely you’ve heard the music of Abyssic Hate; it’s not likely you’ll ever find it on iTunes. Shane Rout is (possibly was) a misanthropic megalomaniacal nut, but the impressive thing (if there is one) is that he was the whole band. He once said that 99.9% of humans should be exterminated, and that the point of his music was for people to be “entranced by the sounds they hear, and blow their head off with a shotgun.” Pleasant guy. I haven’t seen any updates about him in seven years, so it’s quite possible he’s dead.

Who are you favorite drummers? Who do you feel is criminally unrecognized? Let me know!

5 thoughts on “Thought of the Week: Poor Drummers”