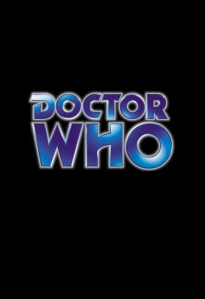 And of course, I absolutely must watch TV series from episode #1. I don’t have OCD, promise.

And so, naturally, when it came time to introduce Little Satis to Doctor Who, there really was nowhere else to start. We might end up getting on to the rather good “New” Doctor Who, but for now, it’s time to revisit the past.

Sadly, Netflix has a Doctor Who deficiency, and The Aztecs is the only episode(s) from the very first season. It meant that we really missed any introduction to the Doctor, his purpose and his shenanigans, and were expected to know quite a bit of background. As you can imagine, this bugged me, but alas, there is nothing to be done.

In brief, the Doctor and his companions – Susan, Barbara and Ian – arrive among the Aztecs prior to their invasion by the Spanish, and their eventual extinction. Emerging from a sacred tomb, the Aztecs take Barbara to be the reincarnation of a god. Sadly, Tlotoxil, the High Priest of Sacrifice, takes exception to Barbara’s insistence that human sacrifices are not necessary to bring on the rains. He denounces her as a false god, and goes to extremes to expose her for what she really is. Meanwhile, the High Priest of Knowledge, Autloc, begins to believe Barbara’s predictions of doom, and defends her against his own kind.

Ultimately the Doctor persuades Barbara to admit she’s not a real god; in shame, Autloc leaves the Aztec villages, and Tlotoxil gains control over all. Despite all that Barbara tried to do, he completes the sacrifice of the “Perfect Victim”, ending the eclipse that of course showed up at just the right time. The Doctor and his companions escape, sending the Tardis off into who knows where. 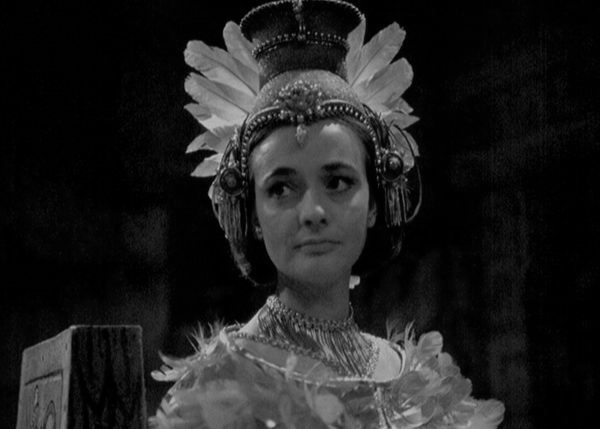 Jacqueline Hill as the reincarnated Yetaxa.

It was difficult to come at this from the point of view of a child in the 1960s. By comparison to today’s media, or even to later episodes, the production quality, editing and acting was generally pretty poor, with wooden swords and shields and costume jewelry very obvious. However – there was nonetheless a sense of excitement, of something new and different about the show, and as the episodes progressed (it’s split into four parts) Little Satis and I were drawn in, and found ourselves very much immersed in the fabricated world of the Aztecs, cheesy though it might be.

Knowing what was to come, and the glory of the future doctors, it felt like a very suitable beginning. I wish we had been able to watch the very first episode, but until Netflix increases its canon of Doctor Who, that will have to wait.

Have any of you ever seen classic Doctor Who, and if so, what was it like that first time?