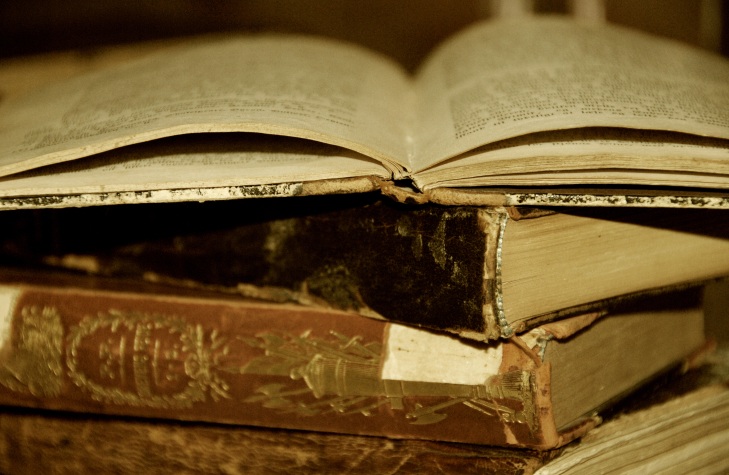 My wife and I have moved several times in our life together (four times in the last eight years), including the most recent move which was overseas, when we returned to the United States. As anyone who’s moved house before knows, a year between moves sounds like a lot, but it isn’t. We still have boxes from our first move (all the way back in 2003) that we still haven’t unpacked. I’m a little worried now to discover what’s in them.

One of the effects of this is that you quickly learn what it is you can and can’t live without. Pots and pans and food end up being useful, and so end up getting unpacked pretty quick. Those old summer clothes you really thought you were going to slim back down into but never quite got around to it – they get unpacked second, of course. The kid’s toys are way down on the priority list (depending on who’s writing the list).

But then there are things that you actually never needed in the first place, and of course this realization doesn’t hit you until you drag a box out of the basement corner, scrape off the dust and mold, and then marvel at the things inside that you’d forgotten ever existed. For us, this tends to mostly be old papers, tax records and files; all the stuff they say is important and then is never needed again.

And then, there are the things that you can’t live without, use day to day, and still never come out of their box. These are the things that have insinuated themselves into the glass and metal of my iPhone and Mac, and left their earthly shells behind to wither with the spiders. For me, these are music, movies and books. I have genuinely not noticed the lack of my CD collection, since I still listen to every song each and every day. My DVDs are old, and looked a little mournful as I pulled them out of their box, as though they really just wanted to roll over and die. And as for my books…

Well, that felt like a different matter. For the past few years, I have been almost exclusively reading books on my iPad, and whilst it has certainly had its benefits (the carry-on luggage is ten pounds lighter!), I do find myself missing the feel of paper under my fingers, and the satisfying sense of progress that comes from holding more pages in your left hand than in your right. None of this exists in the digital world – one of the reasons I’ve immensely enjoyed reading Harry Potter with my son from the actual ‘books’ his grandfather gave him for Christmas.

And so it was with a deep nostalgia that, the other day, I pulled the top off a box and rediscovered the hundreds of books that had followed me around from home to home and country to country, and had never been looked upon once in all that time. There were a lot of Stephen King novels in there; in fact, it felt like half of them by weight were his vast tomes, though it was certainly less than half by numbers. I was forcibly reminded of my long-passed Star Trek addiction: ultra-nerd sci-fi pulp fiction brain fodder. I even unearthed the complete Hitchhiker’s Guide to the Galaxy, which is fortunate because I had been considering buying it on my iPad.

But, hidden amongst the trite and the trash, I found a few, small gems: works of beauty, intricacy and genius that had completely slipped my memory until I held the torn cover in my hands and felt the memories come rushing back into my mind. Of these, there were five that I had loved so much, and and since forgotten, that I wanted to share them.

What a magical book this was. There really is nothing like it I can think of; it tells the story of a young seagull (yes, seagull) who is taken by the art of flying, and becomes scorned and shunned by his fellow gulls. Eventually, he finds solace as an outcast, and the tale traces his life from his youth to old age…and beyond. The writing is pure poetry, and coupled with the stunning black and white photographs that are dotted throughout, this book is simple a marvel.

For me, this is the original and ultimate detective novel. Everything, ever, that has come since – whether it’s Patricia Cornwell or Stieg Larsson or just film noir in general – came after this. I know this isn’t actually true, but I don’t care. It has guns, girls, sex, drugs, violence, hard-boiled attitudes and plot twists every three pages. I don’t think you could really ask for more.

A more beautiful book – in both story and illustration – does not exist. If Tolkien had written a tenth of the words, added talking dinosaurs and lush, extravagant color pencil illustrations, he would have created something like this. The story is pure fantasy, in the most lyrical of ways; a tale of shipwreck and isolation, of wonder and discovery, of coming-of-age and eventually of redemption. They made a TV series that frankly wasn’t all that good at all, but this is a story I would love to see rendered in Peter Jackson CGI on a fifty-foot screen. Oh, yes please…

This is possibly one of the most depressing and disturbing children’s stories I have ever, ever read, but it is beautiful nonetheless. Willie, a world war two evacuee and son of a neglectful and abusive mother, is sent to live in the countryside with old Mr. Tom, who never wanted to have him anyway. To be honest, there’s little else to say – the story grows wonderfully from there – but there is a twist of the darkest, darkest nature and if you haven’t read the book, I wouldn’t dare spoil it for you. All I will say is I still get misted up to this day simply thinking about it.

Anyway…wow. What a trip. If you haven’t heard of or read some of the books above, I would whole-heartedly suggest you do so now. If you must, read them on your Kindle or iPad – all but Dinotopia. Do yourself a favor there and go out and buy (do not borrow this book from your library, you will not return it) a real, hardcover untouched copy of this book and read like a priceless work of art.

What about you? What books are out there that you’ve loved and left? What are the tales of magic that touched you years ago and have faded from your own memory? I’d love to know!